The height of Shamelessness

There have been many proofs presented in the past on this website which leave the impartial reader no room to conclude that Saudi Arabia is not the largest financer of terrorism in the world. Despite sporadic verbal warnings by some European governments to ban arms exports to Saudi Arabia, nothing else has been done. In this article, we will not spend time proving the obvious truth: that ISIL terrorists are products of Saudi ideology and funding. Rather, we will discuss the recent developments that are taking place in Syria, whose legitimate government, led by President Bashar al-Assad, has been fighting countries – from East to West – in order to protect its land from falling in the hands of Western-backed mercenaries. When it comes to the war in Syria, the silence of international organizations is deafening.

Russia has unveiled definitive evidence that ISIL mercenaries have been occupying areas in Iraq, stealing oil, and selling it to Turkey via Syria. This explains why a Russian warplane targeting terrorist hideouts was shot down by the Turks. Even after this provocation, however, they couldn’t stop the Russians from continuing their aerial campaign, which is why Turkey is now trying to use alternative tactics to safeguard its interests by protecting ISIL. The Turkish government has recently announced that it will be fighting “terrorists” in Syria. It is clear that Turkey has no interests in fighting terrorism, otherwise it would not have shot down a Russian plane which was doing just that: fighting terrorists. The most disturbing aspect of Turkey’s mischief in Syria is that it continues to get away with murder, despite its blatant disregard for the consequences of supporting barbarism. It has not been reprimanded for sending ground forces into Iraqi territory and disregarding the protests of the Iraqi government. Turkish ground forces have not been held to account for opening fire Atira Village, which left several civilians injured and was an open violation of international law. If this had occurred in the United States or Canada or any other so-called Western democracy, would the international community’s reaction have been the same?

Another development in the Syrian war was the announcement of Saudi Arabia’s formal announcement of intent to send ground troops into Syria under the false pretext of fighting terrorism. 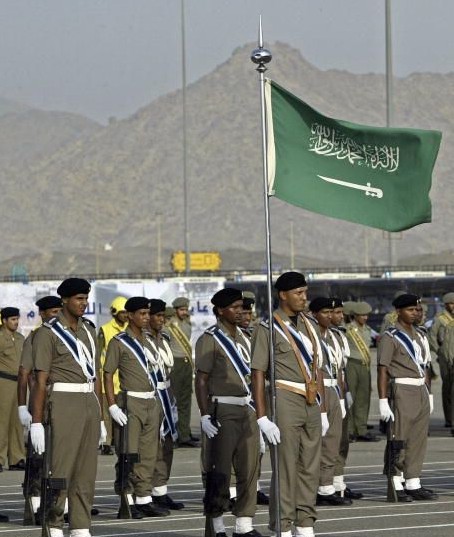 Given that the Saudi regime has unabashedly financed and supported the mercenaries in Syria, it is clear that the intention is to protect and strengthen ISIL against Russian air strikes and to fight off Hezbollah fighters, who have been claiming victory after victory against the terrorists in Syria. Saudi Arabia’s announcement was shamelessly welcomed by the United States’ Defense Secretary, Ashton Carter, who stated: “That kind of news is very welcome. I look forward to discussing that with the Saudi defense minister next week – and other kinds of contributions that Saudi Arabia can make.”

Carter’s comments point to a simple, disturbing truth: that Saudi Arabia’s intention to escalate the conflict by sending troops to Syria has been discussed, planned, and approved. The fact that the world’s largest financer of global terrorism says it wants to send troops to fight alongside terrorists in Syria is another pile of definitive evidence of the regime’s true, barbaric, nature. Not only that, it reveals that the countries, which have been wreaking havoc in Syria for five years, will stop nothing until they achieve their sinister aims in the region.

Several possible conclusions can be drawn from the recent developments in Syria. First, Saudi Arabia’s announcement that it plans to send troops into Syria is more than likely just a mind game. Saudi Arabia is in no position to send ground troops to Syria. If it was, it would have first sent them to Yemen, where it is suffering heavy losses. The other possibility is that America will send mercenaries disguised as Saudis to fight in Syria. It wouldn’t be the first time the Americans have employed such a tactic. Blackwater mercenaries have already been killed in battles in Yemen at the hands of Houthis. Whatever happens, it is certain that the platform in Syria is being set up for a full scale war, and because of the arrogance of the global powers, many more innocent civilians are set to lose their lives.