Another step towards freedom

Just a few years ago, if news stations reported that European countries would, one by one, start officially recognizing the State of Palestine, no one would have believed it. If a news stations reported that a European country had officially announced that it was a Palestinian embassy would be opening in their country, viewers would have dismissed the report as a parody or as an outright lie. Today, things are different. In the last six months, the new Swedish government, in a sudden change of foreign policy, has (pleasantly) surprised the world. It made history by becoming the first European country to officially recognize the State of Palestine. Then, this week, Swedish Prime Minister Stefan Loefvan announced the inauguration of a Palestinian embassy.

The move, as one would expect, stirred up its share of controversy. The illegitimate Zionist regime occupying Palestine and its imperialist allies in the West reacted swiftly by issuing statements immediately following the inauguration of the embassy. Last year, when Sweden officially declared that it recognized the State of Palestine, Israeli Minister of Foreign Affairs Avigdor Lieberman issued a vitriolic statement, claiming that Loefvan and his administration did not have adequate knowledge of the Palestinian-“israeli” issue, and that the Swedish Prime Minister made a hasty move by recognizing Palestine as an official, legitimate state with clear boundaries. Avigdor Lieberman’s disgust proves that not only does the Zionist regime reject any solution to its occupation of Palestine; his remarks also prove that the illegitimate, racist regime occupying Palestine does not want the rest of the world – especially a prominent European country such as Sweden – to raise its voice in support of Palestinian rights. 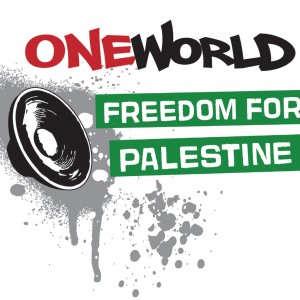 Obviously, the United States of America also had something to say about Sweden’s historical move: the Obama administration was quick to express its displeasure. Stefan Loevan’s bold response, however, should serve as an example for other countries that the United States and its watchdog in the Middle East cannot have everything their way. The Swedish government stated that criticism from Washington was expected, but that the United States does not dictate Swedish foreign policy. The Swedish Prime Minister’s response both a victory for freedom and justice, and a response that revealed that the United States of America, if it sees an opportunity, has no problem imposing its imperialist policies on other countries with their own interests. Bullying by the United States legitimizes the Zionist entity’s crimes on Palestinians, and forces other nations that object to Zionist brutality to remain silent and look the other way when Palestinians are killed and stripped of their rights. For peace in the Middle East and the rest of the world to be possible, this bullying must stop. Sovereign nations ought to emulate Sweden, which became the 135th nation to recognize the legitimate State of Palestine. Surely, the victory of the oppressed over the oppressor is near.