As a result of unprecedented negotiations between the Islamic Republic and the world’s so-called “superpowers”, some within Iran and many outside Iran expect the fundamental principles of the Islamic Revolution to be redefined and reinvented. Ongoing attempts are being made to infiltrate and sabotage this system, which is based on the principles of Pure Muhammadan Islam. From cultural invasion to economic sanctions, the enemy has spared no effort in its vindictive quest to undermine, sabotage and, eventually, overthrow the Islamic Republic. In the midst of these unrelenting acts of subversion, the Leader of the Muslim Ummah, Imam Sayyid Ali Khamenei, in a speech commemorating the 27th anniversary of the passing of the Revolution’s founder, elaborated and expanded on the five traits of a true Islamic Revolutionary:

1: Staying committed to the founding principles and foundation of the Islamic Revolution

Some hypocrites and simple-minded elements within Iran have been attempting to alter and erode the stances of the late Imam Khomeini (R), the same stances which resulted in the Islamic 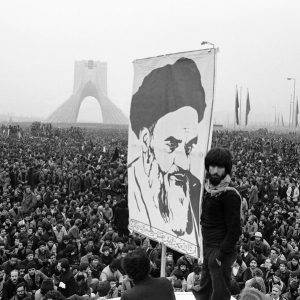 Revolution’s successful overthrowing of a tyrant and its subsequent expulsion of Western influence in the country. While these treacherous groups push their simple-minded agenda within Iran, ‘mainstream’ media outlets such as the BBC continues to broadcast baseless and false news reports, such as the most recent one which claims that Imam Khomeini wrote a letter to the then US President Jimmy Carter and made a deal that Iran would protect American interests in the region if power over the country was handed over to Imam Khomeini.

This year, Imam Khamenei once again stated the core principles of Imam Khomeini and emphasized that if we stay committed to these core principles, the Islamic movement will continue achieving in leaps and bounds and will not derail and deviate from its path when faced with undesired events. If we fail to hold on to these principles, it will only be a matter of time before the Revolutionary movement disappears.

2: Setting the ideals of the Islamic Revolution as goals and aspire to achieve them

The Islamic Revolution in 1979 was never simply a movement to acquire power and decision making authority over a country. It was far more. Imam Khomeini had a global vision, and this 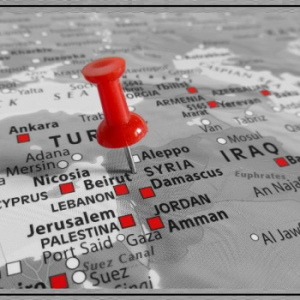 vision continues to be gradually realized under the careful and guiding hand of his successor, Imam Khamenei. From the very beginning, Imam Khomeini unwaveringly supported the oppressed people of Palestine. Today, the Islamic Revolution’s influence and inspirational mission stretches across Iraq, Syria, Yemen, Nigeria, Lebanon, and beyond. A rapidly rising number of freedom movements are being founded; movements based on the fundamental teachings of the Islamic Revolution.

Despite the fact that the Islamic Republic of Iran espouses values of freedom and justice, not everyone within the country understands the system’s principle of unconditionally supporting the oppressed wherever they may be. Many fail to realize that the Islamic Revolution is designed to expand the Islamic Government in order to create an Islamic System which, in turn, expands into an Islamic Society. This society will one day blossom into a full-fledged Islamic Civilization.

The Leader, Imam Khamenei also pointed out that some people are attempting to drive the society – especially the youth – towards disappointment and hopelessness. The Leader stressed not to be disappointed in achieving the goals and the lofty aspirations of the Islamic Revolution.

3: Being committed to the independence of the country 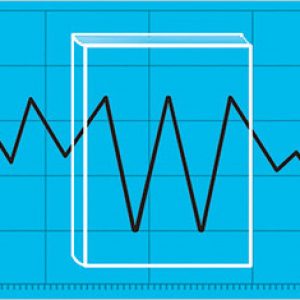 Leader, means that the nation should not be deceived by the enemies’ plots. Economic independence for a nation means that its economy should not be absorbed into the global world economy, which is based on inherently corrupt and unjust ideas.

For any revolutionary, struggling for independence in these three areas – namely culture, politics, and economy – is a key; wherever he may be. These are the control points of the enemies. If a society is culturally invaded by the enemy, its ideals will inevitably shift from Islamic ideals to materialistic and selfish ideals. If a nation is ruled by the puppets of the enemy or even those who are simple-minded enough to trust the enemy’s false promises, the nation will remain politically dependent. Last but not the least, if the financial system of a country is dependent on the so-called “global” financial system, revolutionaries should strive to create economic models founded on the idea of an ‘economy of resistance’ – an economy that is not dependent on the enemies’ controlled economic system, an economy that does not depend on holding a begging bowl before those who wish to control it.

4: Being sensitive with respect to the enemy and its plots and refrain from following them

In his speech, the Leader emphasized on the importance of recognizing, understanding the plots of and refraining from imitating the enemy in all aspects. Imam Khamenei identifies and traces

this definition of true freedom back to the Holy Quran. It is referred to as the ‘Greater Jihad’ and is something which all true revolutionaries must strive to implement as a fundamental and motivating principle behind their struggle.

Imagine that the enemy has made a particular move. A revolutionary, before pursuing any course of action, should first seek to determine the enemy’s goal and motive behind the act. In order to determine an appropriate antidote to the enemy’s poisonous scheme, he must first correctly identify the enemy’s goals and motives. Many a times our revolutionary youths adopt the models created and introduced by the enemies. These models make the enemy’s job easier in predicting the moves of revolutionaries. Adopting the enemy’s models often lead to rigidly fixed and undesired results. It is absolutely crucial that revolutionaries double-check if a particular working model is in compliance with the Islamic principles or not. In other words, not only must a revolutionary model of resistance be in line with Islamic principles and not a mere imitation of an enemy’s model, but it must also be a result of thinking outside the box. It must be unpredictable. It must confuse the enemy.

Staying committed to the ideals of the Islamic Revolution is defined as the ‘religious piety’. Acquiring it is a religious obligation. The Leader defines the ‘political piety’ as refraining from any sort of negligence that may potentially serve as an opportunity for the enemies to benefit from. 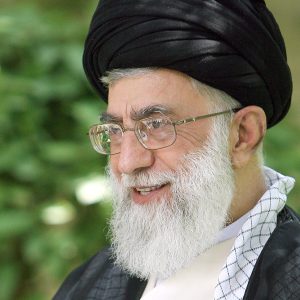 In the post-Revolution era, there has been a huge shift made by the masses around the globe towards religious piety. Concerted efforts are being made to realize the principles that brought about the Islamic Revolution, to understand the effects of its success, to identify ways in which the Islamic Revolution can be exported beyond Iran’s boundaries and to correctly comprehend what the meaning of exporting the Revolution would be. However, at the same time, we see that a dangerously large number of Muslims lack political piety. There seems to be a void among the general masses in terms of insight, which is essential to be able to identify the repercussions of a certain action, lifestyle, stance, political strategy, and approach. Political piety is of utmost importance for the collective interest and dignity of the Muslim Ummah. The question that remains – one that must be asked and kept in mind constantly – is how can this political piety be enhanced globally?

Many lessons can be extracted from the Leader of the Muslim Ummah’s speech. These, however, are among the most important lessons that we must learn. The truth is that this world is currently in the hands of a small few who care for nothing but realizing their own sinister aims. If we truly wish to change the sad state of affairs in the world today, we must strive to implement these principles mentioned by Imam Khamenei within our own selves as well as on the larger world.