The criminal silence of the international community over the atrocities that have been taking place for decades is something that the world has gotten used to of.

The arrogant powers, such as the United States, England and the Zionist Entity, have been applying pressure on the rest of the international community on the issues at their disposal and rest of the world blindly follows them like a herd of sheep.

When we say the international community, we don’t mean the general masses, it is the corrupt governments and the leaders who for the sake of worldly benefits follow these malevolent regimes. Therefore, the muteness on the genocide (according to some) that is taking place in Myanmar against the Muslims does not come as a surprise as the aggressors have stooped so low in humanity that nothing better is expected from them. However, the representatives of truth will continue to strive to raise voice for the oppressed against the oppressors and hence in this piece of writing, we will mention a few important points regarding the violence that has taken place in Myanmar at the hands of some mobs, who claim to be following the Buddhist religion.

The Muslims have been living in Myanmar from its independence in 1948 and make up a good amount of population. Though they are in minority, but it is one of the largest minorities living in Burma. The massacre that is taking place in Myanmar needs to be scrutinized as there are several hidden factors that have not been discussed at all. However, this recent wa 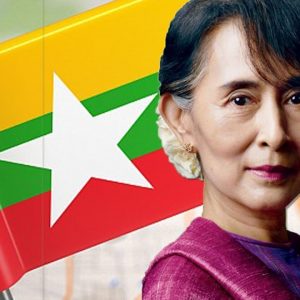 ve of violence that has raised concerns in the international arena is not the first of its kind. The Muslims have been suffering discrimination at the hands of the establishment since the country’s inception. The Rohingya Muslims are not even considered citizens, whereas they have divided their citizens into three categories: full citizens, associate citizens and naturalized citizen, however Rohingya have been denied any category. Throughout the history, multiple attempts have been made by the Burmese establishment to eradicate Muslims from their country, which, by the way, equally belongs to these Rohingya as they have also been living over there for decades. The violence erupts against Muslims on regular basis so that some politicians may stamp their authority in the country. The majority living over there are Buddhist and hence the vote bank is one of the major things that these politicians go for. The current Prime Minister, Aung San Suu Kyi is the Nobel Peace Prize winner and not only is she staying idle while witnessing this genocide but to make matters worse, she is also denying the occurrence of such atrocities in her country. 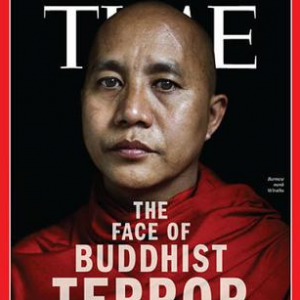 The Western, arrogant, bias media has used some old tricks to propagate this issue. They have used the technique of “negative marketing” in order to increase the hatred against Rohingya Muslims. The trend of the Western so-called mainstream media has been very similar to what it has been in the past. The marketing of Al-Qaeda and Osama Bin Laden is one of many examples of how the Western media propagated negative elements of the society, which in turn help this terrorist organization to recruit many people across the world. Much recent example is of Daesh, aka ISIS; the way the Western media propagated ISIS as the most frightening terrorist organization and how its strength was shown to the world, which got them a lot of attention and hence we saw unprecedented recruitment from the Western countries, as tons of people flocked towards this terrorist organization. This time around they used yet another face to help this terrorist organization gain a lot of followers who join it in spreading the hate against Muslims and that hatred has turned really violent. U. Wirathu is a Buddhist Monk who is leading the hate campaign against Muslims and he has received fair share of publicity, courtesy of the Western media. The cunning Western media has given him different labels which has enabled him to attract many hate mongers. When the news magazine like TIME puts someone’s picture on its cover page, like they did of Wirathu’s, it is only natural that his followers would increase. He has mentioned in his interviews that Muslims are known to be notorious and he doesn’t want Muslims to be taking over Myanmar. This is a ridiculous claim because the proportion of Muslims in Burma is not even 10% of its total population. Therefore, in order to understand the real objectives behind this massacre of the innocent Rohingya Muslims, it is essential to dissect it a bit further.

The Myanmar army has been trained by israeli special forces, known as TAR and the Zionist entity has been providing them with weapons.

The connection between the security forces and the genocide is that in Myanmar, it is illegal to carry guns but the genocide that is being committed, excessive weaponry has been used in it. Therefore, one can safely conclude that those who are carrying out this massacre are either security personnel themselves who receive training from Zionist entity, or those weapons are provided to those who are carrying out this massacre.

Regardless, in both the scenarios, we find that it is a state-sponsored terrorism which is being conducted on the orders of Zionist entity. Zionist entity has always feared the rise of pure Islam and hence we see that they have been trying to suppress Muslims whenever and wherever they can. If they can’t buy them out, they massacre them – just like they attempted in Gaza and West Bank, the same way they tried in Lebanon but each time they have failed terribly.

The silence of the so-called international human rights organizations, especially the United Nations continues to be the reason for the killings of many innocents on daily basis. We see that some condemnation statements were issued – is that all that the United Nations is supposed to do? Is this what they would have done if some Europeans or North Americans were getting executed? The double-standard treatment of how some elites of Europe and North America in case of Muslims is quite obvious.

Compare it to the world leaders gathering in France in the wake of Charles Hebdo incident where not more than 20 people were killed. The point is not that people should not have gathered in France post Charles Hebdo incident. The point is that condemnation along with action has been witnessed as a response to any comparatively minor tragedy that takes place in any European or North American country; at the same time, mostly just a mere condemnation statement is issued when a people of any so-called “third world” country are executed. This needs to be stopped. The United Nations is quick to respond when a campaign is initiated by the Western arrogant powers, for example how they slapped sanctions against Iran, how they have been quick to impose restrictions on Syria and the list goes on. This duplicity of the United Nations needs to stop!

One of the most saddening fact in the midst of these crisis is how indifferent the leaders of Muslim world have been. These are the same leaders who orchestrated a fake revolution in Syria, these same leaders who spend billions of dollars in the arms deal with America but when it comes to defending the oppressed Muslims, they have been completely silent about it. The people of some of the Muslim countries displayed exceptional show of solidarity by protesting out on the streets and hence the pressure was built on the governments to at least issue condemnation statements. However, once again, these mere statements will not do anything. We are talking about a genocide, hundreds of thousands of people have been displaced and one of the main reasons is that there has been no reaction from the rest of the world. Only if the Muslim countries had boycotted Myanmar and would have blocked all international and economic transactions, the establishment would not have dared to let this oppression continue and would have ensured peace for Muslim minority in Myanmar. The selfishness of these leaders is inhumane. They pretend to stay ignorant for the sake of worldly benefits while their fellow human beings are getting executed on daily basis.

One must wonder the reason behind verbal condemnation without any practical action. The fact of the matter is that the reason why these so-called Muslims leaders have issued these condemning statements is because of the pressure that was built by the masses of their respective countries and hence they were left with no option but to issue such statements. None of these Muslim countries are among the top importers or exporters of Burma so why is it that they are not boycotting international transactions with them. One of the possibilities is because of their subservience to the Zionist and American regimes and how these evil entities will not allow them to sever their relations with an establishment that’s continuously inflicting pain on the innocent Muslims. Hence, the root of this problem can be traced back to the interest of Zionists and Americans and after their failed ISIS’ project in Syria and Iraq, it would not come to a surprise if the likes of ISIS enter Burma to raise havoc and taint Islam. These condemnations are not placing these Rohingya in their houses, nor are these statements giving them shelter. In other words, these people can condemn all they want but if the words are not being backed by actions, they will do absolutely nothing for these innocent people!