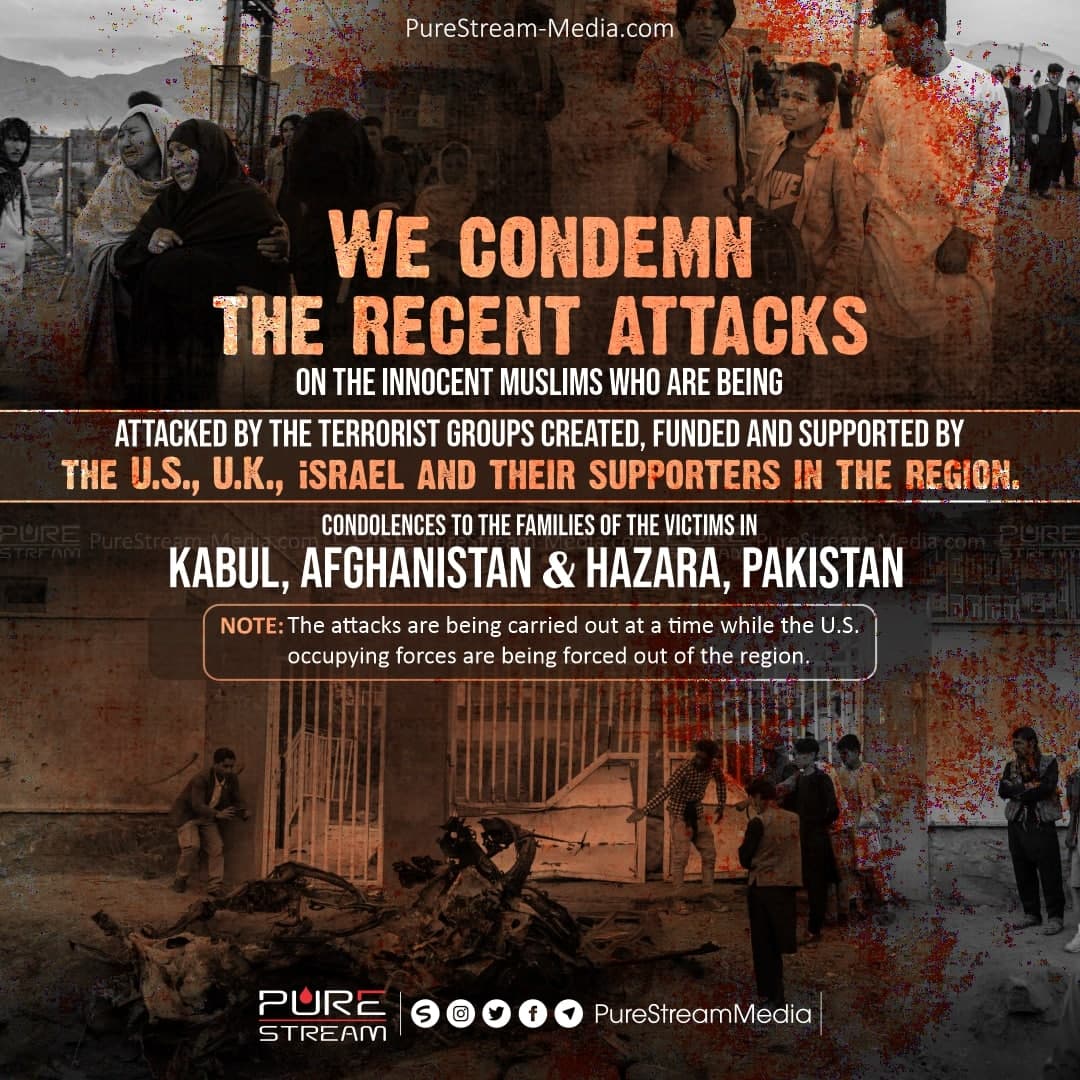 We condemn the recent attacks…


We condemn the recent attacks on the innocent Muslims who are being attacked by the terrorist groups created, funded and supported by the U.S., U.K., israel and their supporters in the region.

Condolences to the families of the victims in
KABUL, AFGHANISTAN & HAZARA, PAKISTAN

NOTE: The attacks are being carried out at a time while the U.S. occupying forces are being forced out of the region.